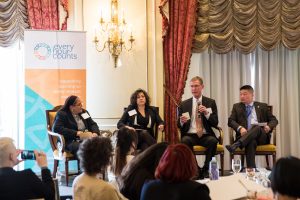 During a national summit hosted by Every Hour Counts, the group unveiled a new policy platform to guide elected and educational leaders who recognize the value of closing the opportunity gap and investing in youth development. 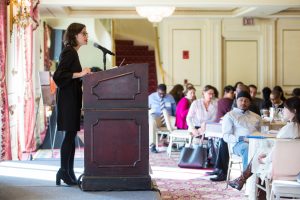 “Millions of families rely on after-school and summer programs to provide enriching learning experiences for their children,” said Jessica Donner, Executive Director of Every Hour Counts. “The Every Hour Counts coalition and fellow communities across the country want robust, sustainable funding streams that allow expanded-learning programs to meet high public demand. We urge Congress to continue to stand up for students and families and affirm its commitment to schools and communities working tirelessly to provide transformative learning experiences to young people across the country.” 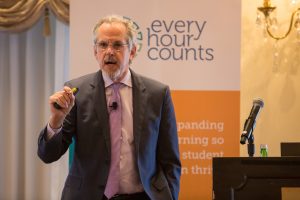 Congress recently passed an omnibus spending bill for FY2018 that included historic increases in funding for programs such as the 21st Century Community Learning Centers (21st CCLC) program, Title I, AmeriCorps, and Title II-A. However, the fight is not over and these vital programs are not in the clear just yet. Once again, these programs are threatened by President Trump’s proposed FY2019 budget, which would gut funding for these investments that support expanded learning time programs across the country. 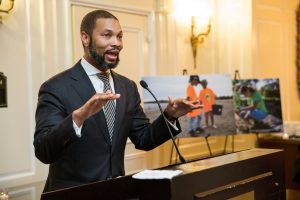 “In Boston, we are clear that preparing young people to thrive in dynamic and increasingly unpredictable work in civic environments means that we have to extend learning far beyond the school walls,” said Rahn Dorsey, Chief of Education for the City of Boston. “If young people are going to acquire relevant knowledge, skill and experiences that guarantee future success, they have to be able to take advantage of learning opportunities in local cultural institutions and youth-serving nonprofits, on college campuses and in 21st century workplaces. Ongoing support is needed to guarantee young people access to learning across Boston’s communities, after-school hours and during the summer months.” 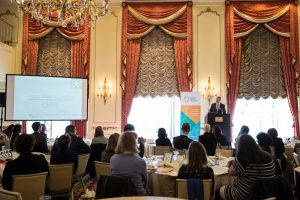 “Massachusetts leads the country in high quality afterschool and expanded learning time programs that rely on federal 21st Century Community Learning Centers funding to be able to serve our neediest kids,” said Senator Warren. “I’m glad to do everything I can in Washington to fight back against the Trump Administration’s proposed cuts to this program—our kids are worth this fight.” 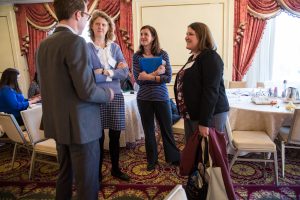 “The Providence Afterschool Alliance has made a difference in the lives of thousands of young Rhode Islanders. It’s a national model that’s been replicated in cities across America,” said Congressman Cicilline, who established the Providence Afterschool Alliance during his time as Mayor. “The safety and well-being of America’s children is not a partisan issue. I’m pleased that this week Congress overwhelmingly voted to increase funding for 21st Century Community Learning Centers, and I’ll continue fighting with members on both sides of the aisle to ensure every child gets the resources they need to succeed.” 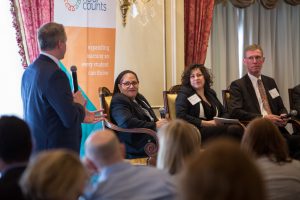 Recently testifying before Congress, Education Secretary Betsy DeVos claimed there is no data to prove after-school programs are effective in what the “stated goal has been.” The Trump Administration’s continued attempts to cut 21st CCLC for the second-straight year and dismissal of the proven benefits of high quality programming deeply troubles city leaders and educators who are fighting for expanded access.

“The 21st Century Community Learning Centers have been instrumental in providing Tacoma students who need an extra helping hand with after-school care that allows them to realize their full potential,” said Tacoma Mayor Victoria Woodards. “As a sign of their effectiveness, Tacoma teachers reported increased classroom participation, enhanced academic performance, and improved relationships between students and their peers among their participating students. A bright future for our City, and the nation, begins with the success of its children. The 21st Century Community Learning Centers are a vital tool in that success.” 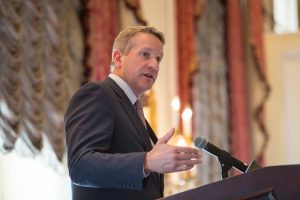 “The after-school hours and summer months are prime time for preparing young people for school, college, and career success. It is vital that public policy and funding support proven strategies and catalyze new innovations in this sector,” said Chris Smith, Executive Director of Boston After School & Beyond.

“The President’s proposed elimination of 21st CCLC funding in the budget would impact more than 7,400 students in Omaha, Nebraska,” Megan Addison, Executive Director of Collective for Youth in Omaha, NE. “Afterschool programs would lose a critical funding source. Families would no longer have access to affordable and safe programs to send their kids during the afterschool hours. It’s imperative that we all come together to let the President and Congress understand that afterschool programs are an investment in children and families, and in our future. The most worthy investment.”

According to the Afterschool Alliance, 21st CCLC provides two million students with needed after-school programming. Cutting 21st CCLC would have an outsized impact on students living in high-poverty and/or low-performing districts.

About Every Hour Counts: Every Hour Counts is a coalition of nationwide organizations that increase access to quality learning opportunities, particularly for underserved students. Our approach – called an expanded-learning system – coordinates the work of service providers, public agencies, funders, and schools, so dollars stretch farther and more young people are served. The result: students with better attendance, grades, and test scores; stronger work habits; and more positive social behaviors.