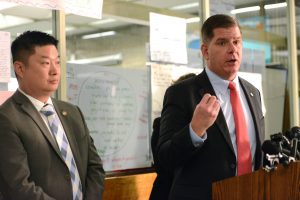 Mayor Walsh and Supt. Chang address the press and a group of students at the Umana Academy

On Thursday January 18th, Mayor Martin J. Walsh and Boston Public Schools Superintendent Tommy Chang joined leaders of United Way of Massachusetts Bay and Merrimack Valley, Boston After School & Beyond, and eight community-based STEM education programs at the Mario Umana K-8 Academy to announce a new grant that will significantly expand the BoSTEM initiative to reach up to 10,000 students over the next five years. 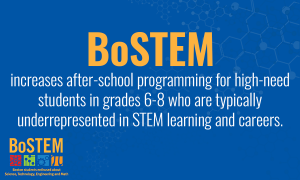 BoSTEM originally launched in 2015, and has been proven to be an effective collaboration between schools and after-school programs. The program is designed to provide middle school students (grades 6-8) with hands-on STEM education that prepares them for college and careers in the twenty-first century. 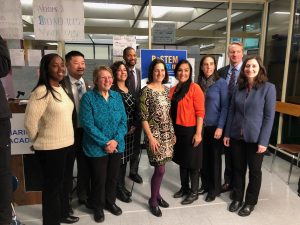 City and program partner leaders at the Umana Academy

With speakers Mayor Walsh, Superintendent Chang, Michael Durkin of the United Way, Chris Smith of Boston After School & Beyond, and Executive Director of Sociedad Latina and School Committee Member Alex Oliver-Dávila, along with Chief of Education Turahn Dorsey and representatives from the other seven partner programs in attendance, the event demonstrated the strong community of STEM education in Boston, and signified a step towards a stronger and more diverse STEM workforce in the future. 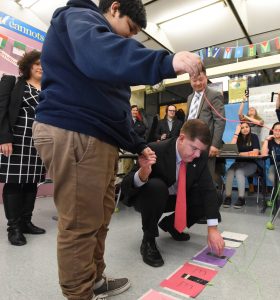 The initiative has been successful; in 2016, 65% of students in BoSTEM programs reported positive gains in STEM career interest, and 72% of students reported positive gains in STEM interest overall. As Chris Smith said at the event, “BoSTEM is where curiosity and creativity meet critical thinking.”  This past fall, United Way received a five-year, $3.9 million grant from the U.S. Department of Education to expand this initiative, and with the new grant, United Way, Boston After School & Beyond, Boston Public Schools, and the BoSTEM program partners seek to continue this trend, and pique more interest in STEM, especially in populations of students who are under-served and underrepresented in the STEM workforce. 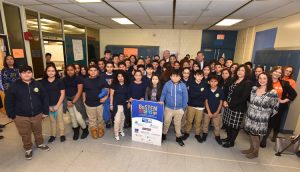 Emphasized by BoSTEM is the importance of diversifying STEM for the future. As Superintendent Chang succinctly put it, “The STEM achievement and aspiration gap is real. Our goal is to fix that.” The U.S. Department of Commerce reports that while African Americans and Hispanics make up 48% of the U.S. workforce, they only fill 24% of the STEM jobs. Mayor Walsh, during his speech this morning, noted that “what makes this country so special is that we are truly an international country.” BoSTEM seeks to translate the diversity of Boston and of the U.S. into an equally diverse and strong STEM sector. 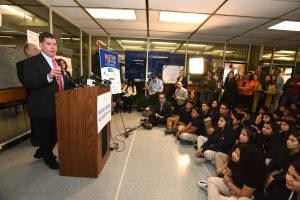 The announcement of the BoSTEM grant comes – fittingly – on the same day that Amazon announced Boston to be on its shortlist of contenders for their new headquarters. This news is just one of many indicators that STEM, especially in Boston, has never been more important, and will only gain prominence in the coming years. As Michael Durkin said, “We are at the footprint of the future.” And, as Mayor Walsh remarked, “Boston is at the center of STEM education,” which is due in large part to BoSTEM and other STEM-focused programs. 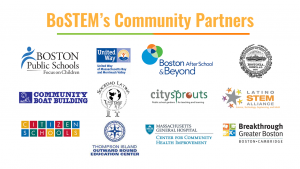 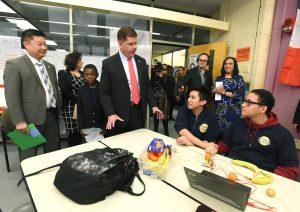 These programs each provide students with valuable and interesting STEM education in a variety of ways. A student at CitySprouts might learn about earth sciences and plant a garden, while a student at Community Boat Building might learn the physics and engineering that go into building functional boats. During her speech at the announcement, Alex Oliver-Dávila illuminated the mission of BoSTEM as she spoke briefly on the STEAM Team program run by Sociedad Latina: “STEAM Team provides a unique opportunity for young people to see themselves as engineers, scientists, and designers while crafting their identity as students in the United States.” 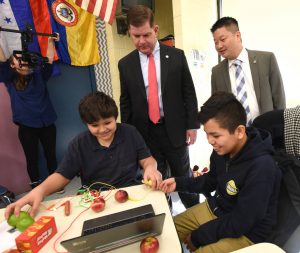 The announcement from city leaders came on the heels of STEM demonstrations led by the organization Sociedad Latina that engaged over sixty students of the Mario Umana Academy. The activities ranged from using pool noodles to build courses for marbles to run down, to using craft sticks and dowels to make cars, and even using wires and the program Makey Makey to connect fruits, vegetables, and hot dogs to computers as video game controllers. Sociedad’s hands-on and fun STEM projects provided the perfect representation of what BoSTEM hopes to accomplish with this new grant.

Boston After School & Beyond is excited for our existing and future partnerships involving BoSTEM, and the auspicious strides Boston is making in STEM education.