This article was published in The Boston Globe on July 9, 2012. 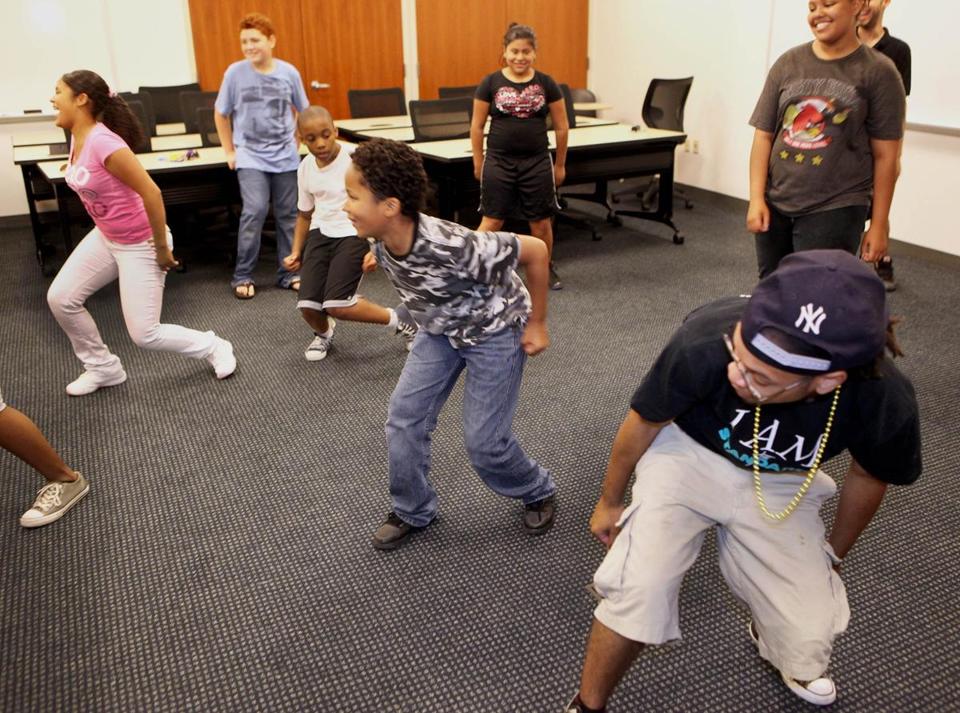 She was sore, sweaty, and exhausted, but Tshana Langrin could not have looked happier.

The 13-year-old grinned ear to ear Thursday afternoon after finally mastering the steps of a hip-hop routine to Chris Brown’s popular song “Turn Up the Music.”

For Langrin, of Roxbury, perfecting her moves is not a summer hobby — it is school.

The afternoon hip-hop course at Sociedad Latina, a community-based education facility in Roxbury, is part of Boston’s Afterschool and Beyond program, an alternative summer school program that has seen participation balloon this year. 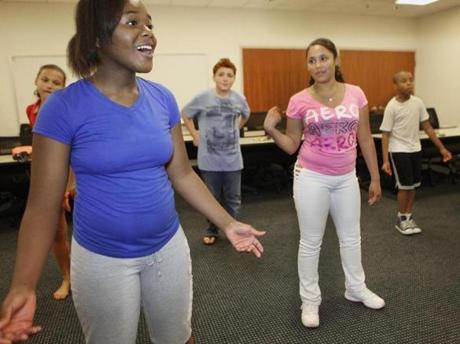 What began as a 232-student program in 2010 now includes more than 1,600 students spread across 40 locations that include college campuses, community centers, museums, and nature centers.

“The idea is to stem summer learning loss,” said Chris Smith, the program’s executive director, who said that the program’s rapid growth, from just five locations in 2010, is due in large part to increased funding.

The Boston Opportunity Agenda, a public-private partnership coordinated by the city and school district to fund educational programming, and the Wallace Foundation, a New York-based nonprofit, have poured more than $2 million in new funding into the program, which provides summer courses to students in sixth, seventh, and eighth grades.

Despite improvements in recent years, high school graduation rates for black and Hispanic students in Boston public schools continue to lag behind those of white and Asian students.

Of Boston students who began high school in 2007, just 57.4 percent of Hispanic students and 62.3 percent of black students graduated in 2011, according to the latest Boston public schools report. That is lower than the rates for white and Asian students, who had four-year graduation rates of 76.6 percent and 80.4 percent respectively.

“Studies show that up to two-thirds of the achievement gap occurs before ninth grade. We’re combatting that by offering more programming for middle school students,” Smith said.

The five-week programs typically run six to eight hours a day, four or five days a week. Some of the students are fulfilling summer school requirements, while others voluntarily apply for the program.

In the morning, they attend math, science, and English classes — often geared toward practical application such as creating a budget or writing a script for a commercial.

After lunch and a 20-minute recess, students are divided into various “clubs,” in which they are taught a specific fine or applied art — ranging from glassblowing to drum lessons to website design.

“I love that I get to show off my skills,” said Langrin, who took a drum course last summer and is one of about a dozen students in the hip-hop class.

After just two days of instruction, the students flowed seamlessly through a dance routine more than a minute long and begged to be taught more. When one student expressed frustration after botching a new dance move, instructor Fedner Dorrelus sternly — but lovingly — rebuked him.

Dorrelus, 22, dances with the OrigiNation Dance Studio, in Roxbury, and his afternoon hip-hop course at the Soceidad Latina has become a student favorite since he began teaching it last summer.

“I use dance as a way to get the students to connect themselves with reality,” he said. “They have to accept that anything is possible if they kept their head up and keep trying.”

“The reason they come is because they want to be here,” Wyman said. “That’s the thing — middle school students vote with their feet. We’ve designed a program that they are excited to come to.”

Above, Marcos Suares (left) joined others in a Brazilian martial arts class as part of the Afterschool and Beyond program.

Suares, who also participated last year, said, “You learn to like learning new things because it is fun.” Below, Cam Smith took a breather during a break in the class.

One student who could not wait to enroll at Sociedad Latina was Marcos Suares, 12, who heard about the program when his older sister participated.

After designing a website about his favorite video game, Pokemon, during last summer’s program, Suares has dedicated his afternoon sessions this summer to learning Capoeira, a Brazilian martial art.

Suares also said he has enjoyed learning how to create, market, and financially manage a business — which makes up much of the morning’s entrepreneurship-based curriculum.

“You learn to like learning new things because it is fun,” he said. “It really makes you start learning and looking toward the future.”